The post-9/11 era has been ostensibly characterized by an effort on the part of U.S. and Western powers to topple governments in the Arab world1.  Has the West indeed been exacting an overarching geostrategy to transform the greater Middle East, or is its ongoing obsession with that region a mere coincidence that spans time, political affiliations, and administrations?  Since 9/11, the U.S. has used military and intelligence operations to upend or attempt to upend governments in Iraq2, Afghanistan3, Libya, Syria1, and Yemen4.  Does this continual, violent intervention in foreign countries reflect the will of the American people and citizens of other liberal-democratic states, or do separate, powerful interests control Western foreign policy agendas?

Recent investigations and testimonials have cast serious doubt on official claims that the Iraq War and the other subsequent post-9/11 wars were the products of case-by-case defensive reaction.  The U.K.’s 2016 Iraq Inquiry (aka Chilcot report), which investigated the nation’s role in the Iraq War, revealed communications in the run-up to war between the U.K.’s Blair ministry and the U.S.’ Bush administration that detailed both leadership groups’ intentions to launch government-overthrow operations in Iraq and additional Arab states5.  The Bush administration’s clandestine, pre-Iraq War intentions to topple Iraq and other Arab governments, unassociated with the 9/11 attacks, were also exposed by General Wesley Clark, former Supreme Allied Commander of NATO in Europe.  During a visit to the Pentagon just days after 9/11, a general on the Joint Staff quietly showed Clark a memo from the Secretary of Defense’s office detailing the administration’s intent to “take out seven countries in five years, starting with Iraq, and then Syria, Lebanon, Libya, Somalia, Sudan, and [then] finishing off Iran”5.  Echoing Clark’s testimony was Colonel Lawrence Wilkerson, who served as Colin Powell’s chief of staff while Powell was Secretary of State.  Wilkerson stated, “[During] my first briefing in the Pentagon from an Air Force three-star general, in February of 2001, I almost fell off my chair, because the briefing included, on the one hand, the Air Force’s ability to take out 80-90% of the targets in North Korea in the first few hours of an aerial strike, to hey, when we do Iraq we’re going to do Syria and Lebanon, and we’re going to do Iran, and maybe Egypt, and so forth and so on”6.  Wilkerson felt the Pentagon briefing went beyond normal contingency planning.  He stated, “This was more than that.  I listened to it and this was more than that.  Wes Clark is right–they had these plans–they were going to go right through all the countries that they felt threatened Israel, all through those countries that they felt threatened 25-30% of the world’s oil passing through the Strait of Hormuz–that’s what they were doing”6.  Additionally, Sir Richard Dearlove, former head of MI6, indicated that Saudi officials possessed foreknowledge of impending conflict in the Middle East.  During a pre-9/11 conversation with close Bush family associate, Saudi Prince Bandar, Dearlove was told, “the time is not far off Richard in the Middle East when it will literally be God help the Shia; more than a billion Sunnis have simply had enough of them”5.  Prince Bandar’s comment left a strong impression on Dearlove, who characterized the prognostication as “chilling”5.

U.S. and Western efforts to upend governments in the Arab world have not been exclusive to the post-9/11 Bush administration-era but have, in fact, continued to present-day1.  During and after the Arab Spring uprising of the early 2010’s, U.S. and NATO-led military and intelligence operations contributed to government-overthrow efforts in Libya and Syria, increasing violence in both states7.  In a more removed, yet lethal, interventionary role, the U.S. continues to provide Saudi Arabia with bombs that are deployed against Yemen’s Houthi civilian areas amidst the Yemeni Civil War; a conflict that has evolved into a proxy battle between Saudi Arabia and Iran8.  This battle continues as rising tensions between the U.S. and Iran threaten to bring even more instability to the Middle East region9.

The working group aims to facilitate a wide-ranging research agenda aimed at exploring both the broader so called ‘War on Terror’ and the individual conflicts and wars that it has come to be comprised of. Areas to be researched will include for example: propaganda operations during wars in countries such as Iraq, Afghanistan, Libya, Syria and Yemen, covert military operations including ‘drone warfare’; the roles of media (mainstream/corporate and alternative/independent in variously fostering or challenging these wars; the roles of deception, incentivization and coercion as tools of propaganda aimed at shaping beliefs and ordering conduct in both Western democracies and those countries subjected to military action; the use and exploitation of terrorism as a tool of foreign policy by Western governments.

Though prominent political and academic figures have long acknowledged and denounced the post-9/11 imperialistic, “regime-change” initiatives of U.S. and Western governments, this dissent has received scant attention within mainstream media.  As mentioned above, U.S.-led government-overthrow and regional transformation agendas are well-documented:

General Wesley Clark Reveals Bush Adminstration’s Government-Overthrow Agenda:
During a 2007 interview on Democracy Now, General Clark revealed that just 10 days after the September 11th attacks, he was informed at the Pentagon of the Bush administration’s plans to overthrow the Iraqi government and governments of other Arab states:

Speeches that still matter: Gen Wesley Clark on US going to war in 7 countries in 5 yrs 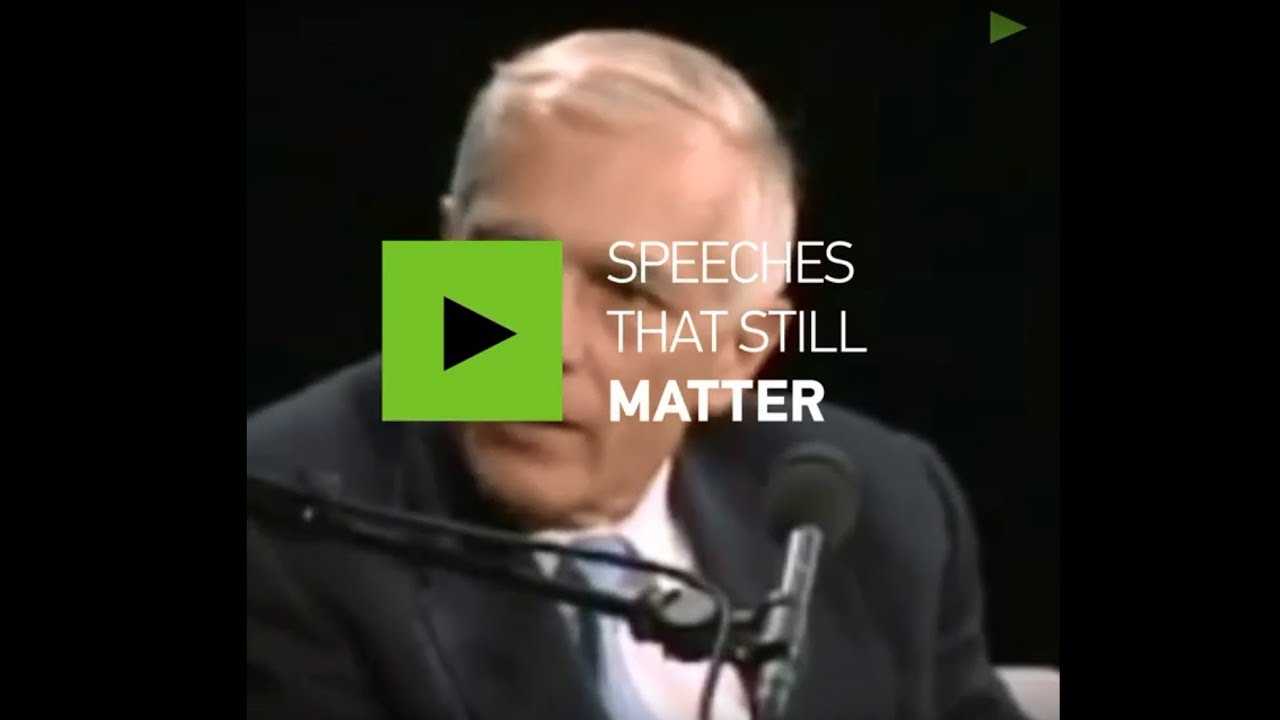 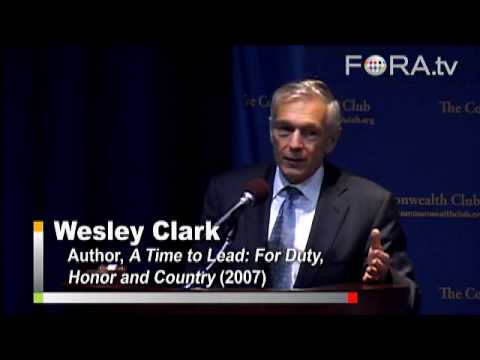 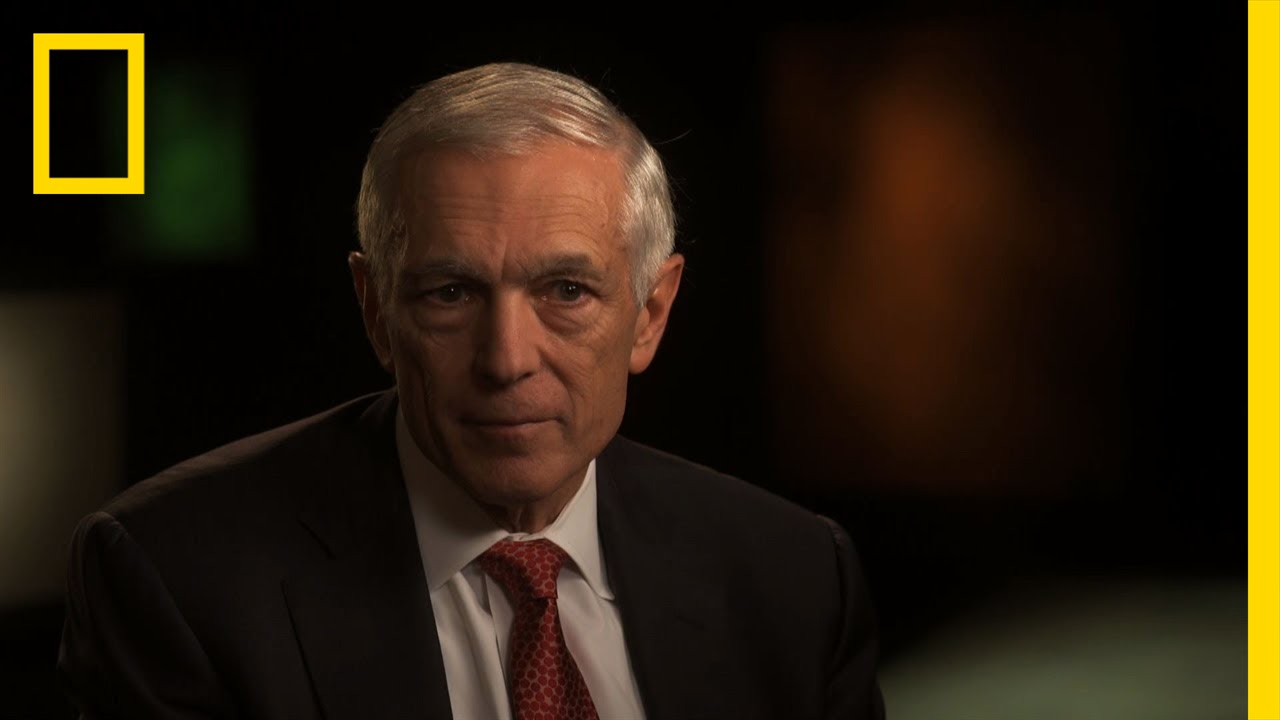 Read the transcript of Wesley Clark’s exchange with Amy Goodman regarding strategic government-overthrows in the Middle East on Democracy Now:

Colonel Lawrence Wilkerson echoes General Clark’s Government-Overthrow Revelation:
Retired U.S. Army colonel and current Adjunct Professor of Government and Public Policy at The College of William & Mary, Lawrence Wilkerson, is perhaps best known for his role as Colin Powell’s Chief of Staff during the first term of the George W. Bush administration.  Wilkerson assembled Powell’s notorious 2003 presentation to the UN Security Council, which claimed to prove Saddam Hussein possessed chemical weapons and chemical weapon production facilities.  The evidence presented to the UN was later shown to be based on faulty intelligence; some of which was acquired through torture.  Wilkerson regards this episode as the lowest point of his career, and in retrospect, wishes he had resigned his position within the Bush administration.  In this 2019 interview, Wilkerson corroborates General Clark’s assertion that the Bush administration had a government-overthrow agenda, but goes a step further, claiming that the administration possessed contingency plans to topple multiple Middle Eastern governments prior to the attacks of September 11th. 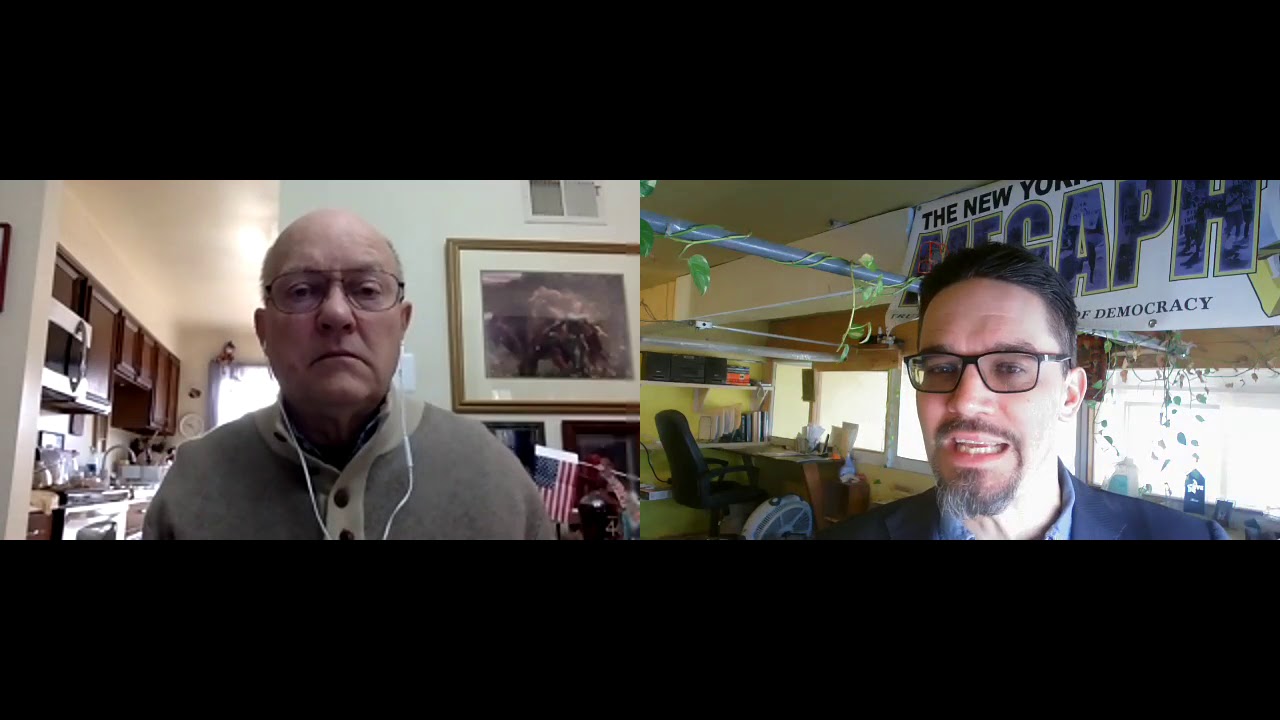 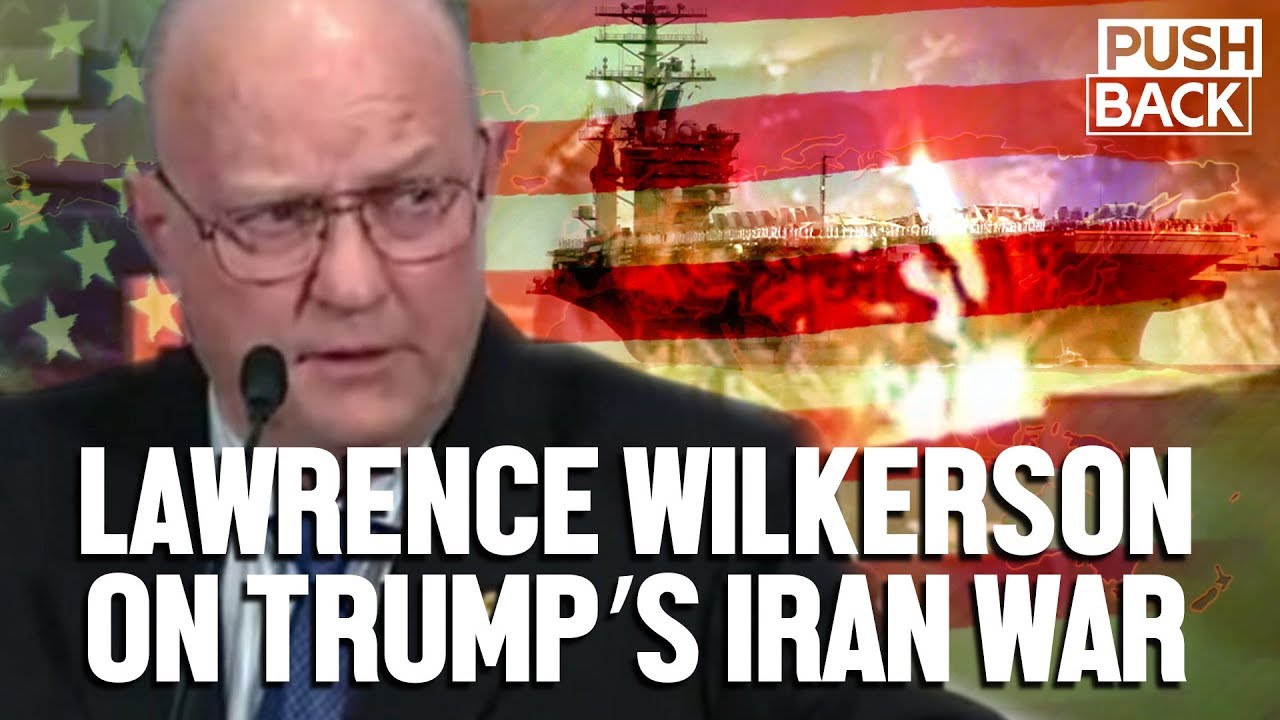 Presidential Candidate Tulsi Gabbard Denounces U.S.’ Perpetual Regime-Change Wars:
Current 2020 presidential candidate, Tulsi Gabbard, has set herself apart from all presidential hopefuls of the post-9/11 era by openly denouncing the ostensible U.S. foreign policy of perpetual regime-change war; an interventionist practice that has spanned presidential administrations and partisan politics.  Gabbard has openly acknowledged America’s clandestine efforts to upend the Bashar Assad government in Syria; efforts that have sometimes involved the arming of terrorist groups the U.S. purports to oppose.  Gabbard’s anti-war posture has made her a pariah among the Democrat and Republican political classes as well as America’s corporate media establishment.  Despite her seeming incompatibility with establishment circles, Gabbard retains strong populace support. 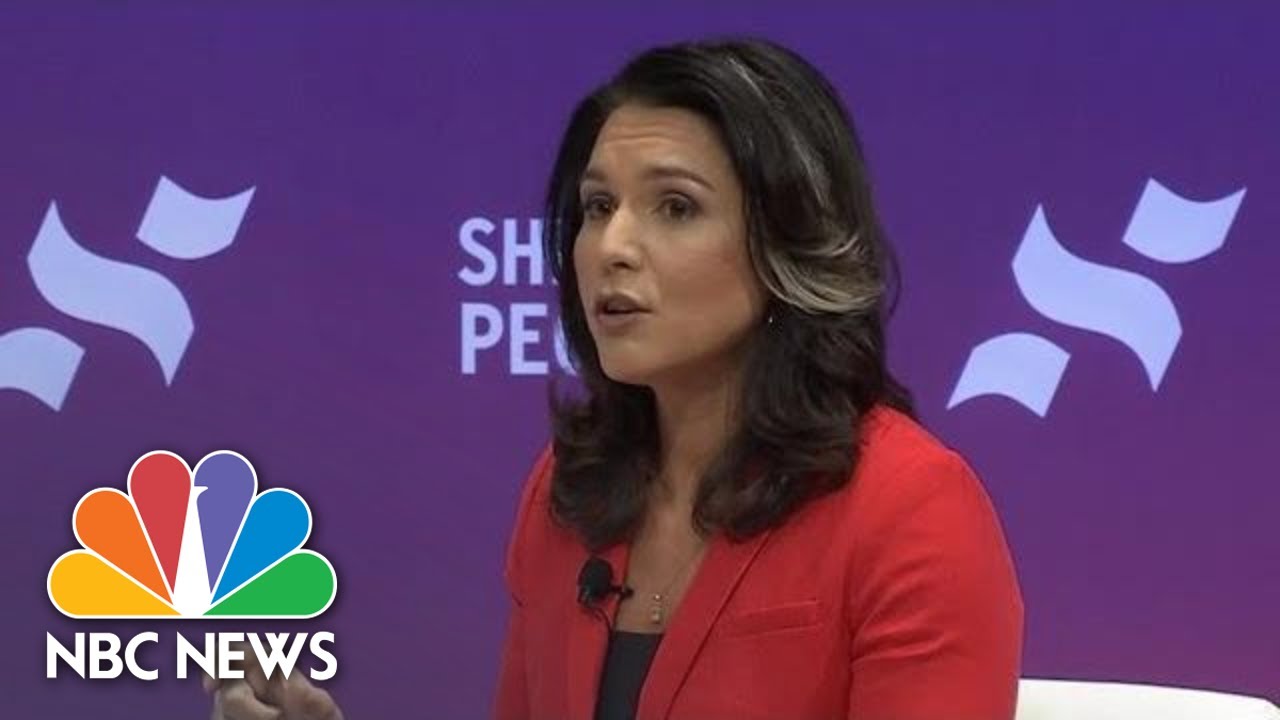 Watch the 6 minutes that has America searching Tulsi Gabbard 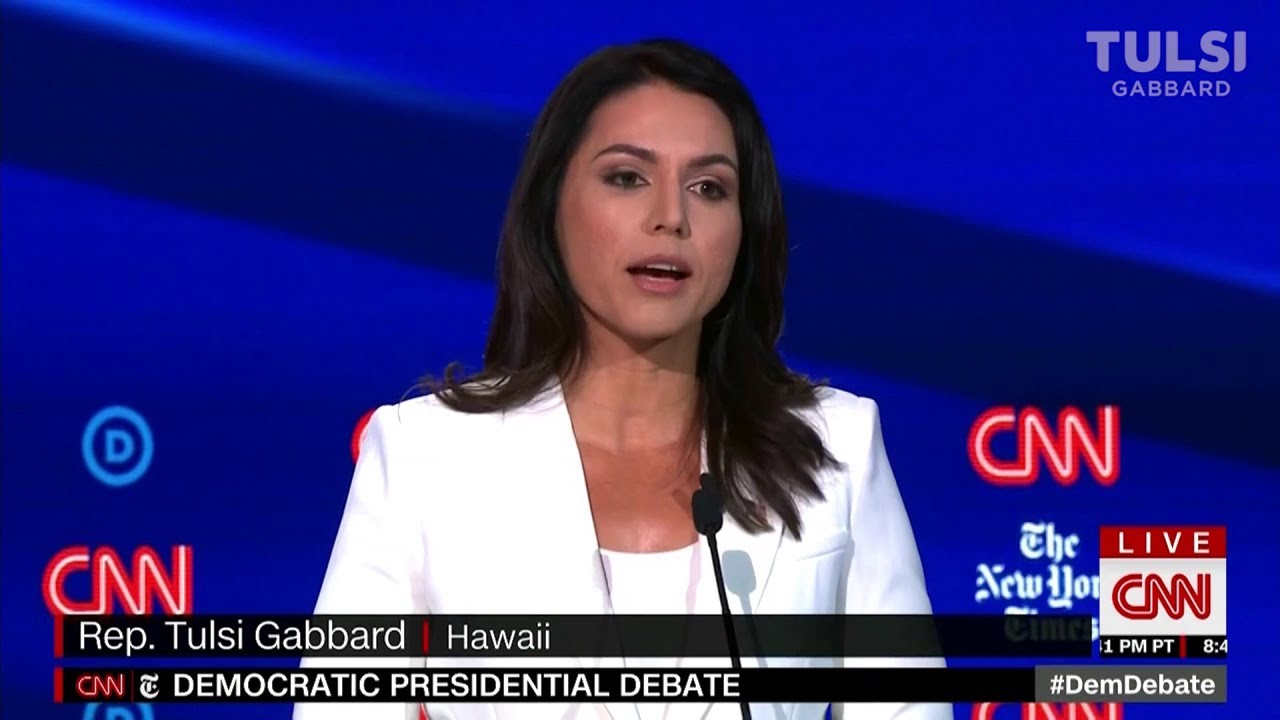 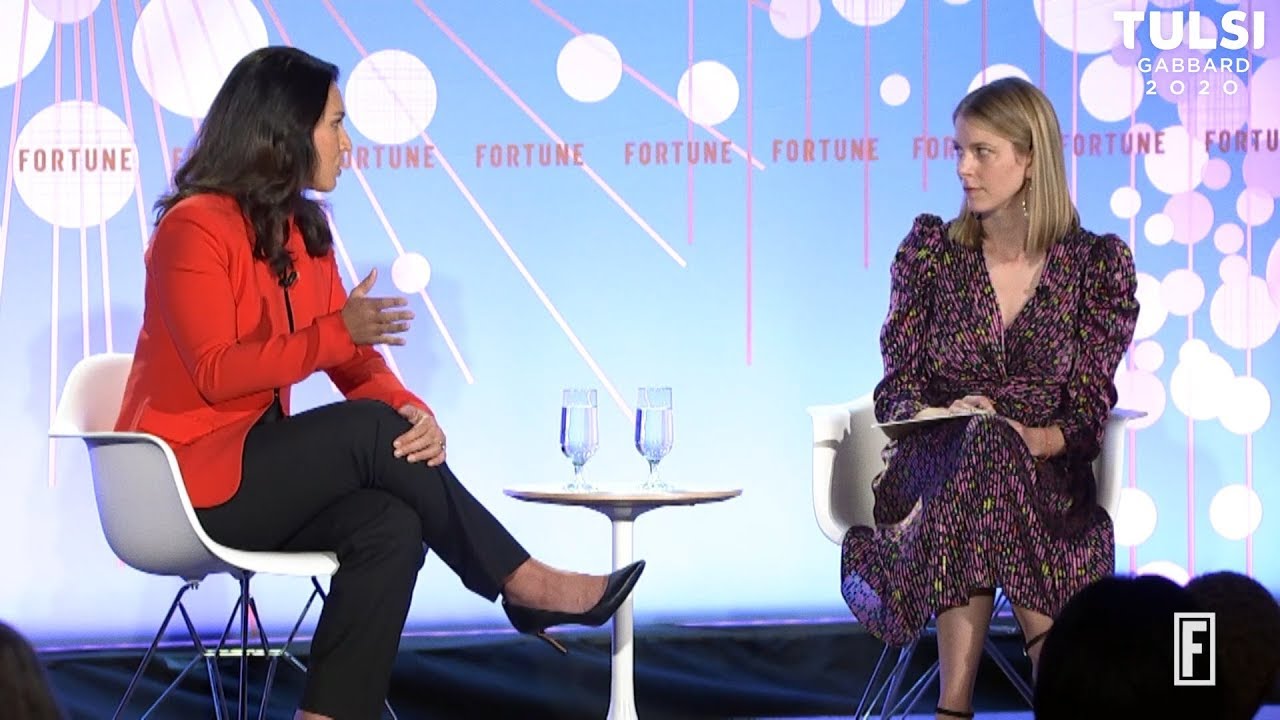 Academics and Independent Researchers Speak Out

The academic community was quick to critique the Bush administration’s 2003 invasion of Iraq, however, mainstream analyses of tendencies towards perpetual, government-overthrow war largely emerged years later once a post-9/11 track record had been established.  Only a handful of scholars, such as Andrew Bacevich, warned early on against perpetual, permanent war by identifying indicators that suggested the Bush administration had no intention of limiting its war-making to the destruction of al-Qaeda.  The UK’s 2016 Iraq Inquiry Report confirmed suspicions that Bush and Tony Blair deceived the public about both leaders’ plans concerning interventions in Iraq and follow-on government-replacement in the Middle East region.  Moreover, Middle Eastern interventionism didn’t cease with the Bush administration’s departure.  Succeeding U.S. President, Barack Obama, aided the overthrow of Muammar Gaddafi’s Libyan government and attempted to overthrow Bashar al-Assad in Syria.  Both of Obama’s government-overthrow wars were waged by covertly arming foreign states and indirectly arming rebel and terrorist groups the U.S. claims to oppose.

Early opposition to the Wolfowitz ‘doctrine of preventive war’:
In the immediate wake of the 9/11 attacks, Noam Chomsky was perhaps the most noticeable scholar to critique the Bush administration’s handling of the event.  Chomsky refuted the predominant Western notion that al-Qaeda attacked the U.S. because it despises American culture and abundance.  Rather, Chomsky cited the U.S.’ long history of Middle Eastern interventionism and cultural displacement; al-Qaeda’s resentment of U.S. influence in the Arab world, he argued, was not dissimilar from common sentiments of the average, middle-class Arab in countries such as Saudi Arabia.  Though Chomsky certainly didn’t condone the 9/11 attacks, he made clear that reckless and self-interested Western impositions were at the heart of the Arab world’s general antipathy towards the U.S.  Chomsky’s broader critique cited the long history of U.S. and Western practices of global imperialism and interventionism.

Echoing Chomsky’s lamentation of American interventionism was Andrew Bacevich, a former U.S. Army colonel, and now Professor Emeritus of International Relations and History at Boston University.  Despite his apparent agreement with Chomsky’s critique of Western interventionism, Bacevich provided a more nuanced analysis of U.S. foreign policy germane to the post-9/11 Bush administration.  Specifically, Bacevich focuses-in on the Bush administration’s employment of ‘the doctrine of preventive war’; a U.S. foreign policy philosophy brought to prominence during the Cold War as a means to curb the spread of communism and its purported ‘domino effect.’  And though post-9/11 Bush-era preventive war is often referred to as ‘the Bush doctrine,’ Bush himself was not the architect of this most recent iteration.  Rather, Bush’s Deputy Secretary of Defense, Paul Wolfowitz, had crafted the doctrine during his stint as President George H.W. Bush’s Undersecretary of Defense for Policy from 1989 to 1993.  Bacevich argues that the Wolfowitz doctrine was largely borne out of Wolfowtiz’s construal of the 1990-1991 Persian Gulf War.  Wolfowitz, and other conservatives, bemoaned the fact that despite the U.S. military’s quick elimination of its Iraqi opposition, the U.S. chose not to drive to Baghdad and depose Saddam Hussein.  Wolfowitz’s Gulf War regret, however, argues Bacevich, was coupled with a silver-lining; for though Saddam had not been removed from power, the U.S. had exhibited the efficacy of its new ‘full-spectrum superiority’ military doctrine with its quick and decisive defeat of the Iraqi military.  According to Bacevich, Wolfowitz viewed the Gulf War as a blue print for future conflicts wherein expeditious American military victories would be used as a panacea for all U.S. foreign policy dilemmas.  Though he doesn’t completely discount other theories explaining U.S. rationale for the 2003 invasion of Iraq, Bacevich uniquely argues that it was the efficacy of the Wolfowitz doctrine that was to be on display in Iraq; once the American political establishment witnessed the efficiency with which the U.S. military could achieve quick and decisive victories, the U.S. would be given carte blanche to deploy its military in the same manner to solve other problems and depose different foes.

Andrew Bacevich: The U.S. has killed and displaced millions since 2001 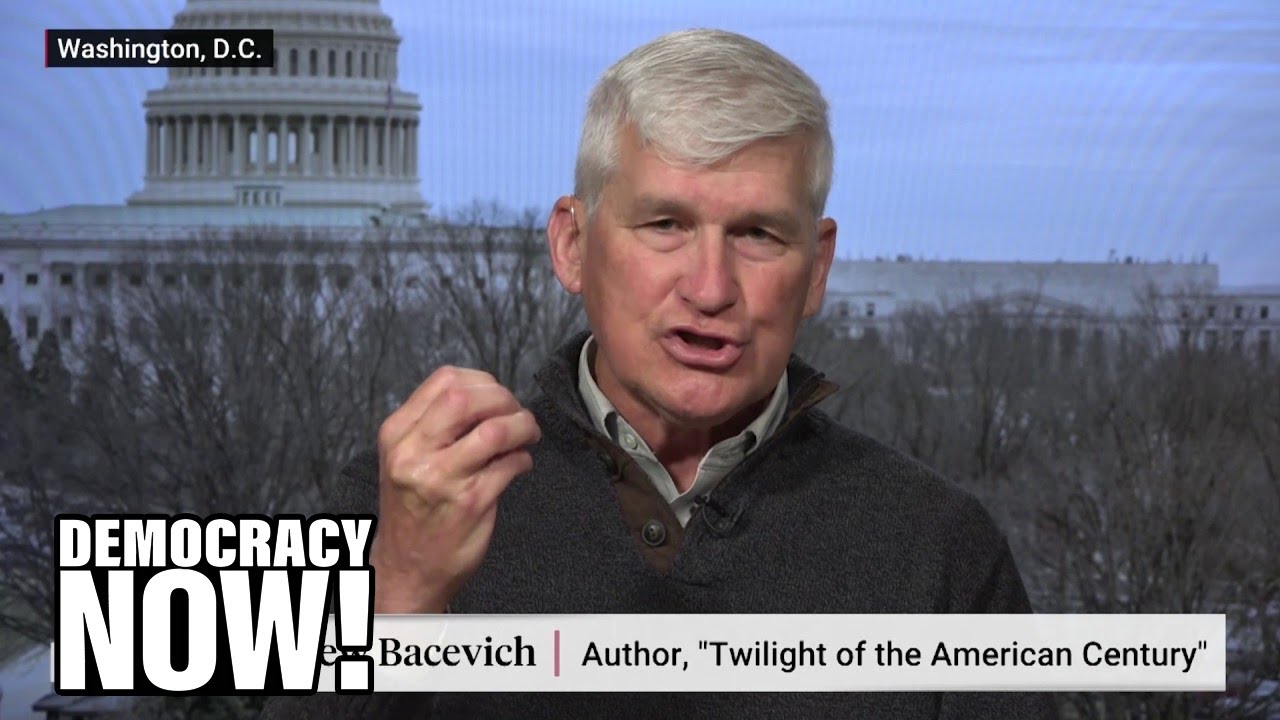 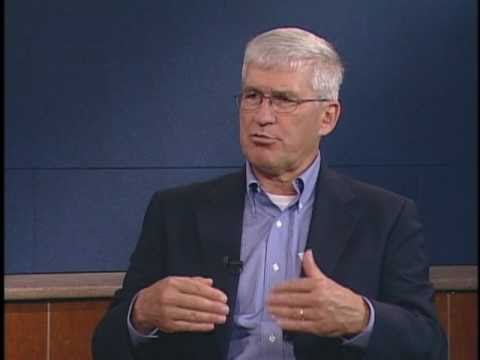 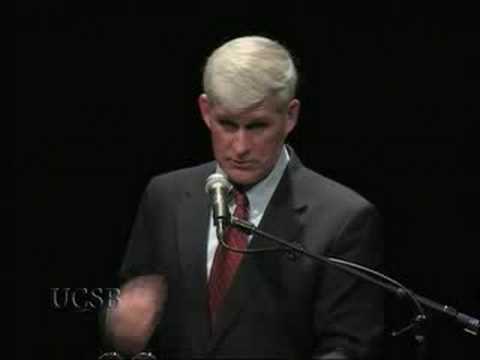 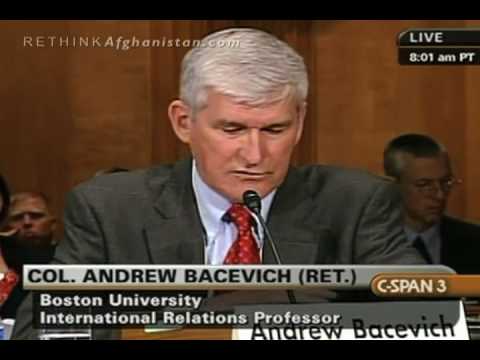 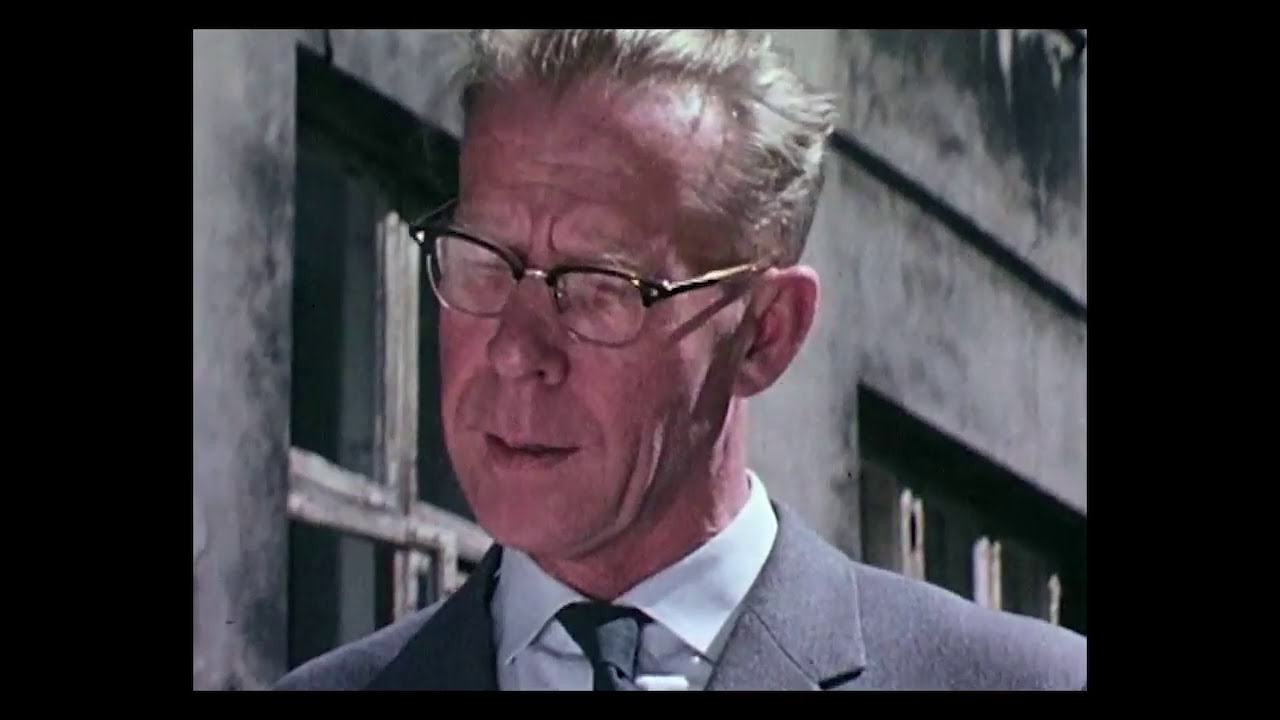 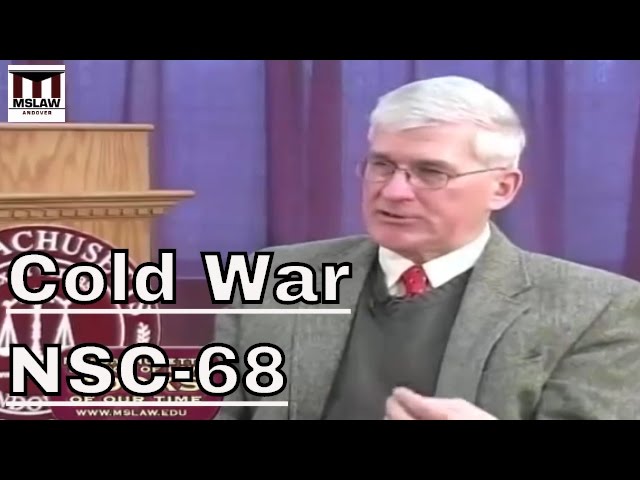 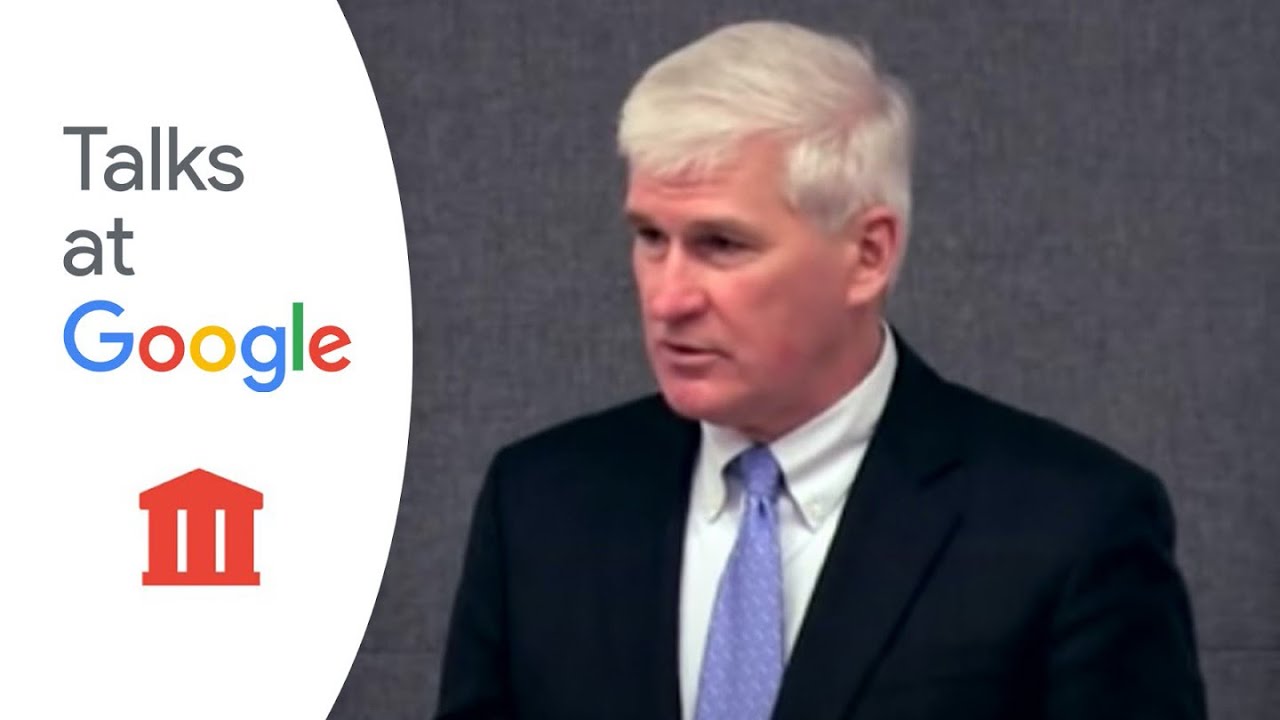 The UK’s Iraq Inquiry (aka Chilcot) Report:
The release of the Chilcot Report in 2016 revealed that through distortions and omissions, propaganda was used by U.S. and U.K. leadership to present a misleading depiction of the threat posed by Iraqi WMD’s and the U.K.’s commitment to a peaceful UN resolution.

A bibliography of publications that discuss post-9/11 regime-change wars: